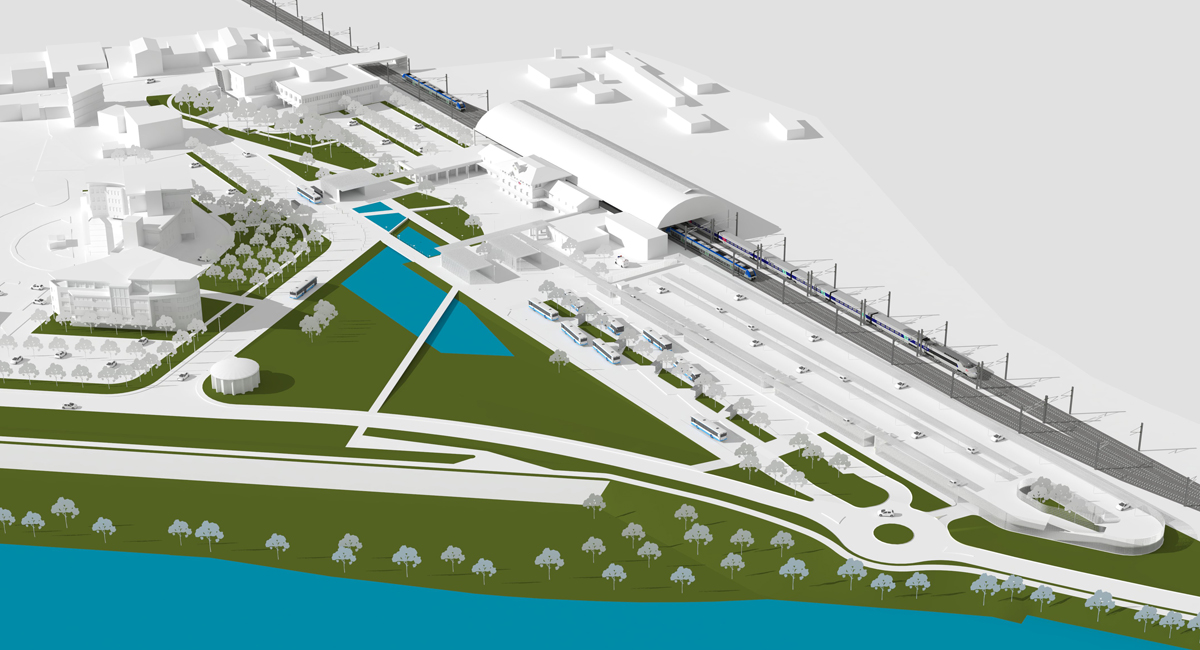 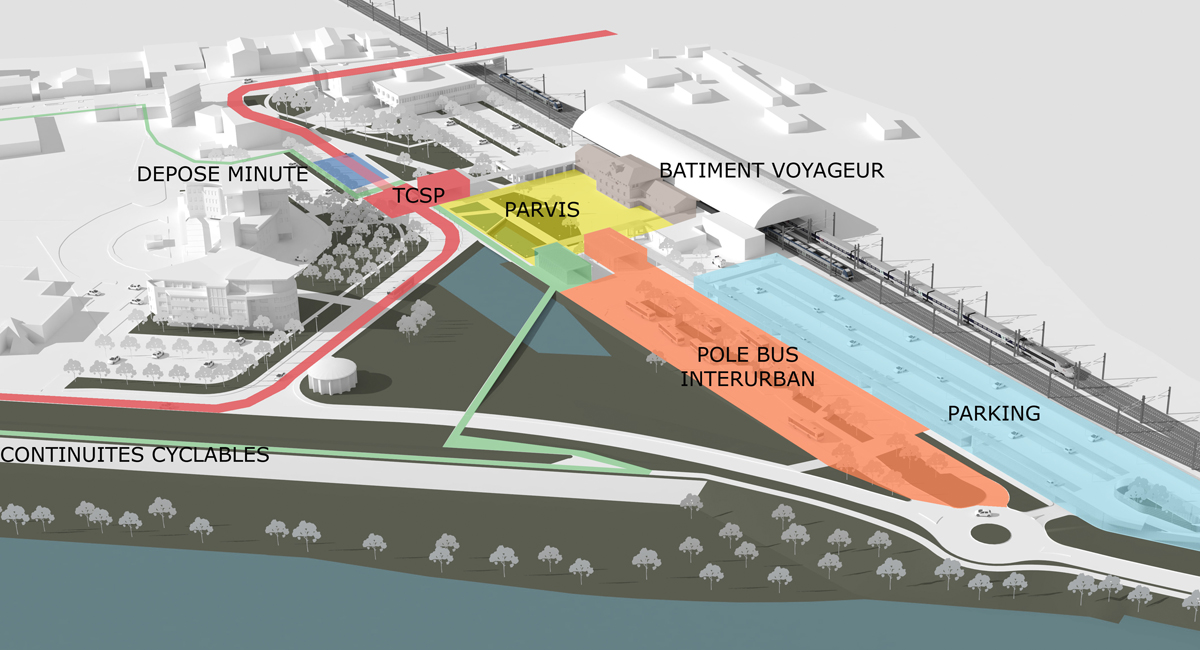 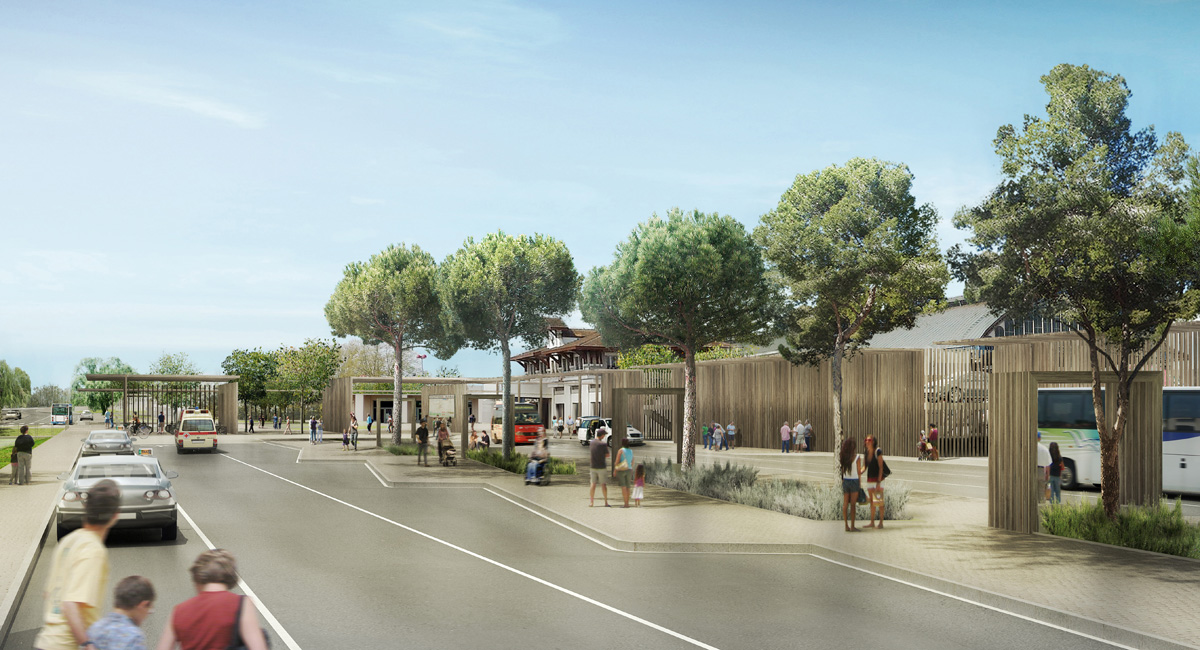 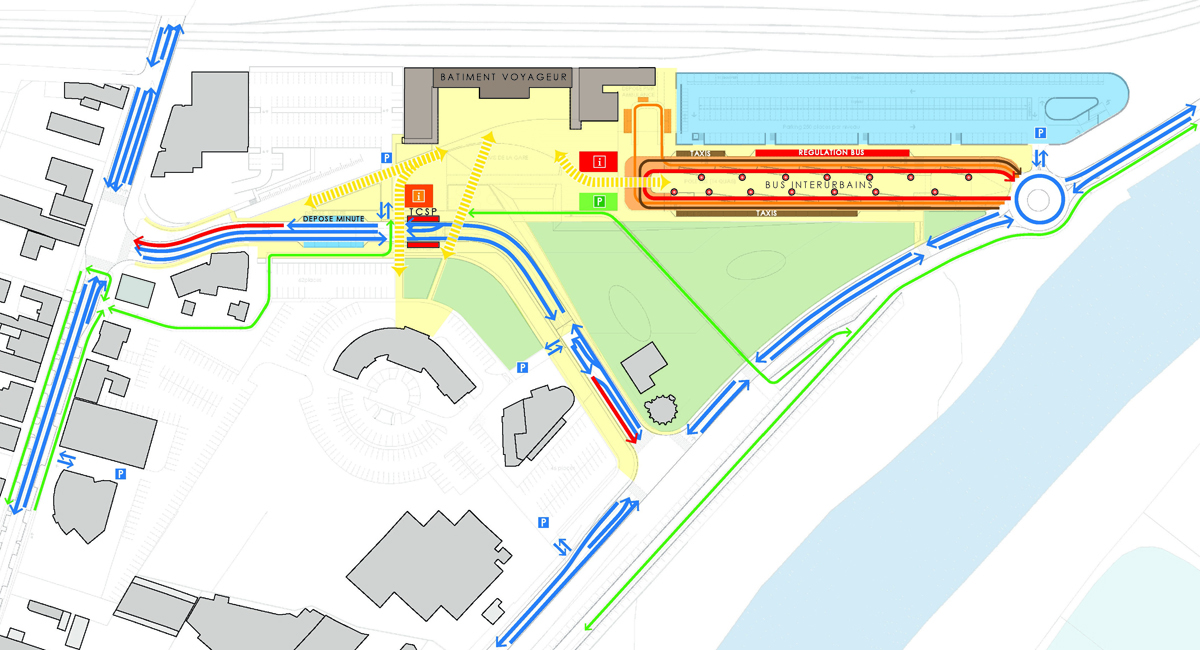 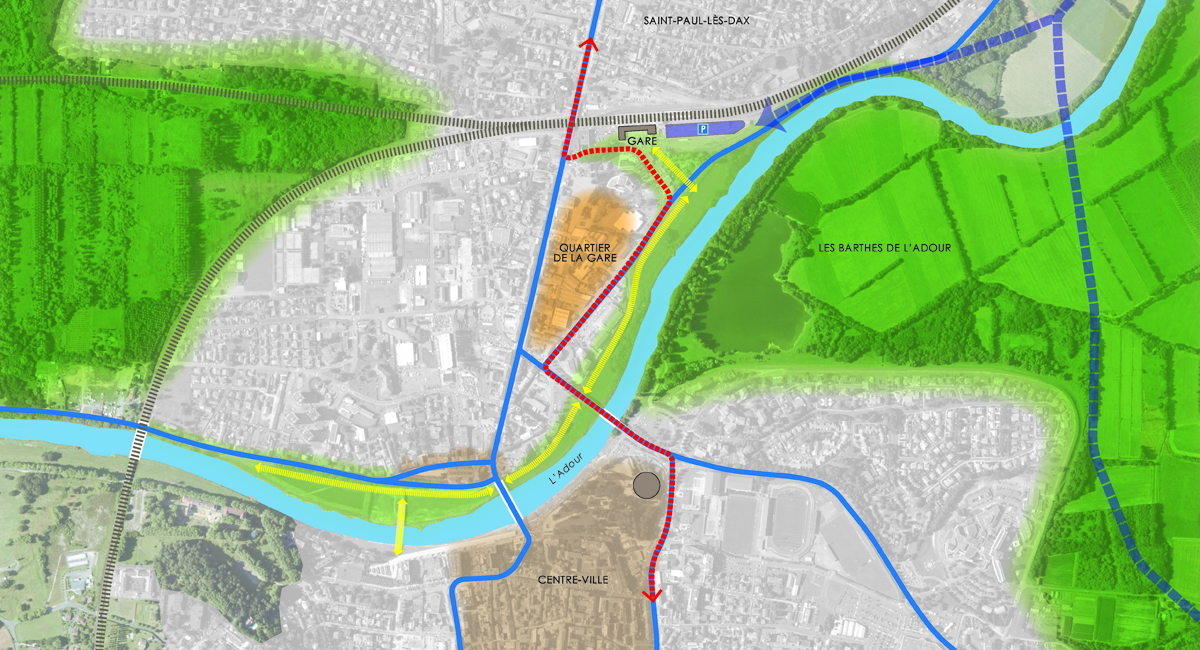 The urban design is organized around a central esplanade where all transport mode lead to, and of which the organization sets limits to potential conflicts between various modes. Wooden pergolas are used as connecting points for each mode with the square, as the BRT line. The bus terminal is organized alongside the car park. A water feature as a tribute to the Dax spas is located at the basis of the landscaping area, reminding of the local Adour river banks, humid banks next to the river and rich in biodiversity.